UTI vs. Kidney Stones and When to See a Doctor 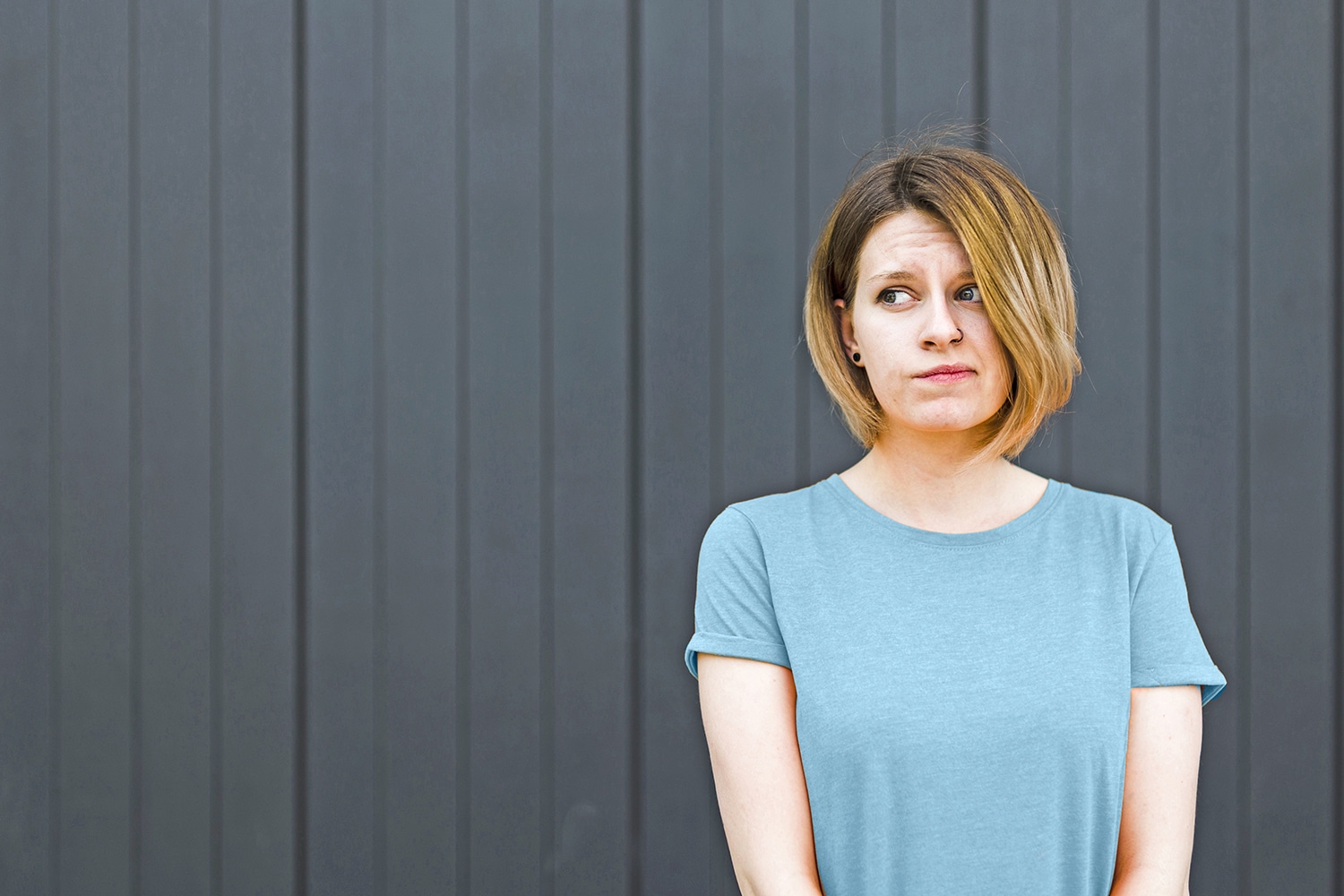 It’s never really pleasant to be in pain, but it’s especially less pleasant when the pain is down there and you’re struggling just to get through the day without crying whenever you have to go. The typical first thought is that it’s probably a UTI, but don’t go calling your doctor for medication just yet; did you know that UTIs and kidney stones have extremely similar symptoms? They may be similar, but they affect your body in different ways and treating them correctly requires proper treatment, which requires proper diagnosis! Don’t go diagnosing yourself; read on to learn the differences between the conditions. 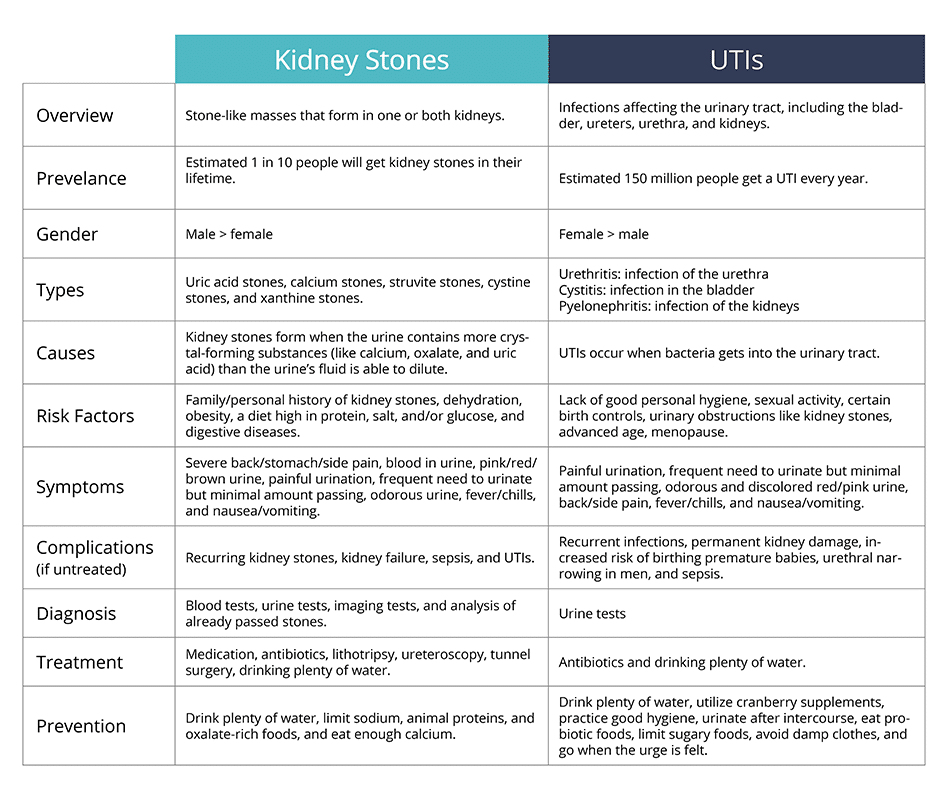 What is a UTI?

A UTI is an infection that can affect anywhere in the urinary tract, including the bladder, ureters, urethra, and kidneys. The urinary tract is responsible for passing urine and eliminating waste from the body. UTIs most commonly affect the lower tract, which includes the urethra and bladder. UTIs can also affect the upper tract, which includes the ureters and kidneys, however, infections affecting the upper tract are typically more severe and are accompanied with worsened symptoms and complications. UTIs are caused by bacteria in the urinary tract. Women are more likely to get UTIs than men, in fact, about 20% of women will get at least once in their lifetime.

What are Kidney Stones?

Kidney stones are solid masses made up of minerals and salts that usually form inside your kidneys but can affect any part of your urinary tract. There are different types of kidney stones depending on the specific cause, so there may be uric acid stones, calcium stones (the most common kidney stones), struvite stones, cystine stones, or xanthine stones. Kidney stones are known to be one of the most painful medical conditions, but they usually cause no permanent damage when properly and promptly treated. Unlike UTIs, kidney stones occur more commonly in men than in women. Men have a 13% chance of developing kidney stones in their lifetime, while women have a 7% risk.

What are the Symptoms of a UTI?

Common symptoms of a UTI include:

If the UTI spreads to the upper tract, then more severe symptoms may be experienced, including:

What are the Symptoms of Kidney Stones?

Common symptoms of kidney stones include:

As you can see, it’s easy to confuse the two because they have such similar symptoms. Treatment for the two are different though, which is why it’s important to receive proper diagnosis and care from a doctor so that you can ensure the correct condition is being treated.

UTI’s can be diagnosed and treated by your family doctor, an OB/GYN, urologist, or a nephrologist. A sample of urine will be tested to determine which part of the urinary tract is infected and what kind of bacteria caused the infection (usually E. Coli), and then antibiotics will be prescribed to treat the infection.

Kidney stones should be diagnosed and treated by a urologist or a nephrologist. Diagnosing kidney stones may include blood tests, urine tests, imaging tests, and/or analysis of any stones that may have already been passed. Treatment is dependant on the type of stone, but treatments include medications, antibiotics, lithotripsy (shock waves break up the stones and make them easier to pass), ureteroscopy (a stone is removed from the bladder using a ureteroscope), and tunnel surgery (the stone is removed by an incision).