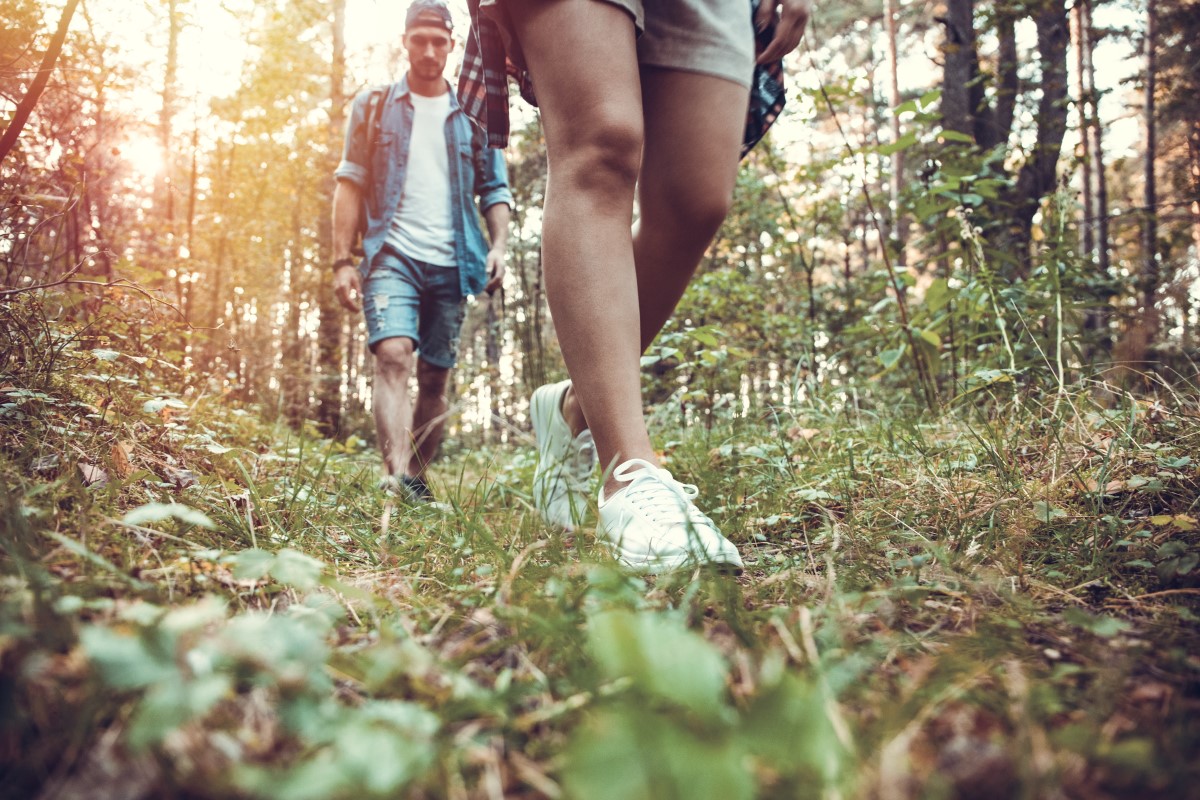 Burning calories can help you maintain/lose weight. The amount of calories you burn will depend on multiple factors, including: walking speed, distance covered, terrain (you’ll burn more calories walking uphill than you’ll burn on a flat surface), and your weight. You can determine your actual calorie burn through a calorie calculator.

Walking around for thirty minutes a day, for five days a week can reduce your risk of developing coronary heart disease by about twenty percent! And the longer/further you walk, the more you can reduce the risk!

Can help lower your blood sugar

Taking a short walk after eating may help lower your blood sugar. A small study found that taking a fifteen-minute walk three times a day, improved blood sugar levels more than taking a forty-five-minute walk at another point during the day. Try making a post-meal walk a regular part of your routine.

Walking can help protect the joints, including your knees and hips. That’s because walking lubricates and strengthens the muscles that support the joints. Walking can also benefit people living with arthritis, and walking five to six miles a week may also help prevent arthritis from developing in the first place.

One study tracked one thousand adults during flu season. Those who walked for thirty to forty-five minutes a day had forty-three percent fewer sick days and fewer upper respiratory tract infections. Their symptoms were also lessened if they did get sick. That was compared to adults in the study who were inactive.

Boosts your energy
Walking increases oxygen flow through the body. It can also increase levels of cortisol, epinephrine, and norepinephrine. Those are the hormones that help elevate energy levels.

Studies show walking can reduce anxiety, depression, and a negative mood. It can also boost self-esteem and reduce symptoms of social withdrawal. A moderate or excessive amount of exercise isn’t needed to receive these benefits.

Researchers found that walking at an average pace compared to a slow pace resulted in a twenty percent reduced risk of overall death. But walking at a brisk or fast pace (at least four miles per hour) reduced the risk by twenty-four percent. The study looked at the association of walking at a faster pace with factors like overall causes of death, cardiovascular disease, and death from cancer.

While this benefit isn’t completely health related, I felt it was interesting nonetheless. Walking may help clear your head and help you think creatively. A study that included four experiments compared people trying to think of new ideas while they were walking or sitting. Researchers found participants did better while walking, particularly while walking outdoors. The researchers concluded that walking opens up a free flow of ideas and is a simple way to increase creativity and get physical activity
at once.

When it comes to Restless Leg Syndrome, getting up and walking around can temporarily soothe the pain. However, incorporating a thirty-minute walking exercise into your daily routine may relieve symptoms. Walking is considered by many as a relaxing and stress reducing pass time, further relieving symptoms. Peripheral Artery Disease occurs when arteries become blocked by plague. Supervised walking does not only help patients avoid serious surgeries, but it can help those that suffer from the disease walk longer distances without pain. PAD affects a person’s ability to walk due to a tremendous amount of pain. Supervised walking can help a patient build up a tolerance, and allow them to function for casual movement.